AI helping us do our jobs

As artificial intelligence becomes more advanced and widespread, there is concurrent discussion about how the technology will fit in with the labor market. Some, such as commercial truck drivers, say that the technology will eliminate their jobs. Others such as academics claim that they will still be relevant for years. In this review, I’ll discuss the jobs that are and aren’t safe from AI.

One of the most famous computer scientists in the artificial intelligence realm is Kai-Fu Lee. Lee recently wrote a piece in Time discussing the different challenges that AI will present to the labor market. He states that there are certain categories that AI will not touch in the labor markets. Among them they are:

Jobs the require true creativity will not be outsourced by AI. Lee writes that AI cannot invent, though there are certainly some counterexamples to that statement. Perhaps what he means is, will humans be interested in the creative work of an AI? Well, the answer is yes in the case of the painting below: 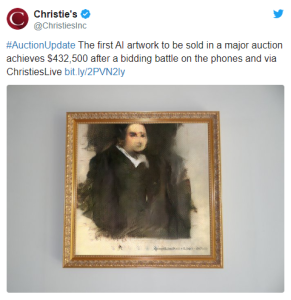 Which was created by a neural network after studying thousands of works by other authors. Time will tell how much of the human element AI can reinvent.

Even though I am tempted to argue that it could create better policies eventually since it will be able to pull in data points from every area to make decisions. It also would not be tempted to make decisions based on reelection or influence from political money. Political positions likely will remain human due to the public’s fear of the AI creating policies to eliminate us. A study by the Center for the Governance of Change studied people from eight countries felt about AI taking over policy-making. Almost half of people from the countries studied believed that AI should not oversee policy creation.

Perhaps the best thing that will happen to the labor market after artificial intelligence penetrates every aspect of our lives will be the jobs that are created to manage the ai systems as well as the accompanying hardware. There will surely be hundreds of thousands of new jobs such as ethical AI investigator and man-machine project managers.

Lastly, caretaking jobs will likely never be taken over by an AI. People relate to people. An AI no matter how advanced and human-like it seems lacks human emotions. Caretaking jobs such as daycare instructors or nurses will likely always be human occupations.

Above, I described what types of jobs are safe. Well, what then is not a safe job? Unfortunately, the answer is pretty much everything that is not covered by those categories. Given enough time, many categories will most likely be rendered obsolete. With policies in place, jobs could be maintained by humans, but machines will surely develop the know-how. I will discuss three cases below where artificial intelligence is already making big splashes.

Companies like Shazam can use machine learning to find similarities between the track you are trying to identify and their library of millions of songs. One of the updates this year from OpenAI won’t exactly assist humans in identifying songs, it will compose completely new ones. OpenAI released MuseNet which can synthesize completely new songs after processing songs in that style. The model from OpenAI relies on a transformer model that can predict the next note in a sequence of musical notes. The model can create in 15 different styles such as classical or contemporary.

What is crazy with most deep learning models is that these models don’t understand music in the same way that humans do, they are purely analyzing the waveforms of the songs and search for patterns of different rhythms and styles between songs.

These models are good enough where the creations don’t stick out. I think in many cases if you were to show a non-expert some of the generated songs, they wouldn’t be able to tell the difference. The gap between the generated pieces and authentic pieces will continue to close. I’m curious to see how society begins to accept AI-generated work — if they do at all.

Masks are concepts in photo editing software that allow selecting a very tight outline around the object that you’re interested in and extracting that so that it can be used as part of a multi-layered image. The company Topaz has released Mask AI which utilizes computer vision to create masks from objects in photographs.

The underlying technology uses a three-level approach in order to build the masks. There is an automatic mask that the user can apply which will automatically identify the main object in the photograph. The next level is to manually tune where it has identified those regions. A broad brush allows the user to include additional pieces from the main object that the auto mask did not detect. Lastly, a fine brush can completely optimize the region where you want Mask AI to analyze. Pushing the button “compute mask” does a fantastic job of extract the main subject of the photos from high noise backgrounds.

There is a great YouTube video from Ryan Mense that shows the program in action. Using three different photos of birds with background of different complexity, Mask AI did a comparable job to Photoshop in creating masks. The creators behind Mask AI believe that it has the same capability for creating masks as Photoshop with less manual work required by the user. After the mask is created, there are many additional tools that can be applied to the images such as softness adjust. Automating mask creation takes away a large part of a graphic designers job and there are worries this field could be hit hard with the increasing spread of AI.

In the United Kingdom, AI is starting to be used during interviews with the company, Hirevue. The goal of the software that HireVue creates is to track the candidates faces during the interviews to detect expression, language nuances, and tone.

The CTO of the software company states that there are approximately 350 features that are looked at in language especially in things like word choice or sentence length. The software also looks at tone. Parameters such as speed indicate whether a candidate will be good at sales or customer service. The software also raises some ethical questions where there could foreseeably be a bias against gender or those with disabilities.

Furthermore, people do not like this approach to hiring one bit. A civil rights group in Seattle is filing a federal complaint against HireVue. The group claims that since the models are private, people don’t know how their biometric data is being used in the hiring process.

However, as the application and openness of these algorithms gets ironed out so that it is ensured that no bias leaks into the model, machines could be our best bet for not discriminating during interviews and choosing solely on pure qualifications for the position.

Artificial intelligence impresses us more each day. As it becomes more advanced, it will begin to displace existing jobs. Experts claim that jobs that are displaced will transition to different jobs that are centered around facilitating AI systems. One thing is certain: it will be fascinating to see how humans integrate with AI in the coming years. 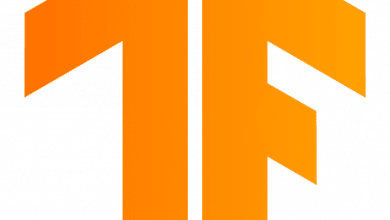