Hey everyone! Today, we will be discussing the differences between ARM (Apple Silicon) and Intel X86 chips.

I imagine lots of people are interested in this since the mind-blowing performance of the M1 MacBook has a lot of people scratching their heads.

Why are they different and why does the M1 appear to be so performant?

Instruction sets are directions to tell the processor where to move data. This could be between the registers and memory. It could also mean calculate something with a particular operation.

Since you can run complex instructions with the Intel X86 it has really run the world for the past few years and were the go-to choice for high performance. If you were using a desktop or laptop computer, you almost definitely were using the Intel X86 chipset even if you were using an AMD processor. Intel licenses its tech to AMD for use.

X86 chips have been getting faster each year, but true innovation is difficult since the gap between transistors, or the node, has been shrinking so small. The latest chips are down to 7nm with this dimension. Intel is continuing to shrink this architecture more and more with 5nm being released next year. Intel is very focused on continuing down this tunnel that they are walking down.

While X86 was appearing to dominate the high-performance desktop market, a completely different technology called ARM was crushing the mobile market. Cell phones had a focus on low power consumption and so ARM with their simple instruction set was perfect for these use cases.

One of the disadvantages of ARM was that due to the simple instructions, more instructions are needed to perform a given task which can impact memory utilization. Another barrier for ARM adoption, is that not many desktop applications are written to natively support this architecture. This includes operating systems which mostly are written for the x86 chipset. However, there are some written for ARM like RaspBerry Pi OS. Perhaps this was another reason that Intel got stuck in their rut – they had to keep making X86 chips since Microsoft was written for that instruction set.

Anyways, so the traditional way of thinking was that ARM was great for mobile and X86 was the way to go for high performance applications. Well, Apple has turned this notion completely upside down with the performance of their new M1 MacBook. By creating a chip that is running a full-blown version of MacOS that uses ARM, they have done what nobody really thought possible. They broke out the side of the tunnel that Intel was going down.

After reviewing the product, the performance is incredible. I was discussing speed-ups not in terms of 10% or 20% but in multiples over my previous MacBook.

I have made several videos on the performance of the new M1 MacBook especially as it relates to machine learning – I’ll put the links in the description so that you can check them out.

However, not everything is perfect yet with the infrastructure switch. Like I said earlier, the trade-off of this switch is that not many applications natively support it. However, Apple made a great transitionary software program called Rosetta that is able to translate x86 chipset instructions into ARM instructions so that almost all programs will still run – they just won’t have the performance advantage they would have if they were written in the ARM language. This is great in the short-term while developers are still making that transition. With Apple promising to take their full fleet of computers to Apple M1 silicon by 2022, developers will certainly be changing their software to ensure compatibility with the new machines. The coverage of natively ARM-supported applications is bound to get even better.

If you don’t think you can wait until 2021 for the next release of M1 MacBooks, pick one up now on Amazon*:

*Amazon Links are affiliate links that help generate revenue for the site.

Thanks so much for reading, have a good day. BYE! 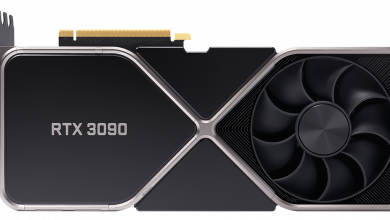